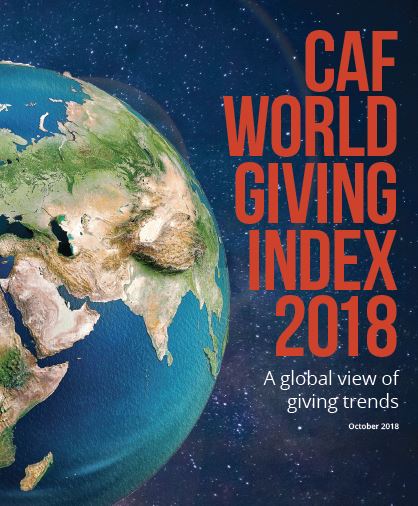 The aim of the CAF World Giving Index (WGI) is to provide insight into the scope and nature of giving around the world. In order to ensure that giving is understood in its various forms, the report looks at three aspects of giving behaviour: helping strangers, donating money to charities and volunteering time to an organization. This ninth edition of the CAF WGI presents giving data of over a five year period (2013-2017)  from 146 countries that was collected throughout 2017.

The method used to calculate CAF World Giving Index scores remains identical to previous years. In order to establish a rounded measure of giving behaviour across the world, the CAF WGI relies on a simple averaging of the responses from the three key questions asked in each country, and each of them is given a percentage score and ranked on the basis of these scores.

This year’s Index shows a welcome reversal of the decline in giving which we saw across the industrialised world in 2016. And it confirms the trend towards growing levels of giving across Africa, as continents come closer together in the shared wish to support others. 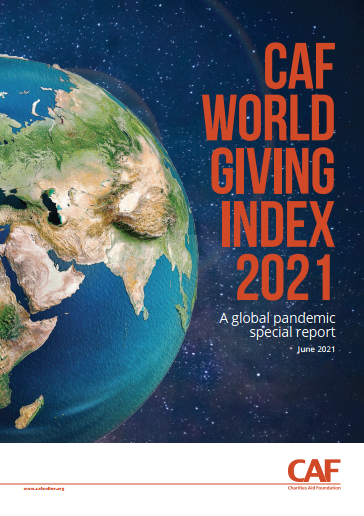 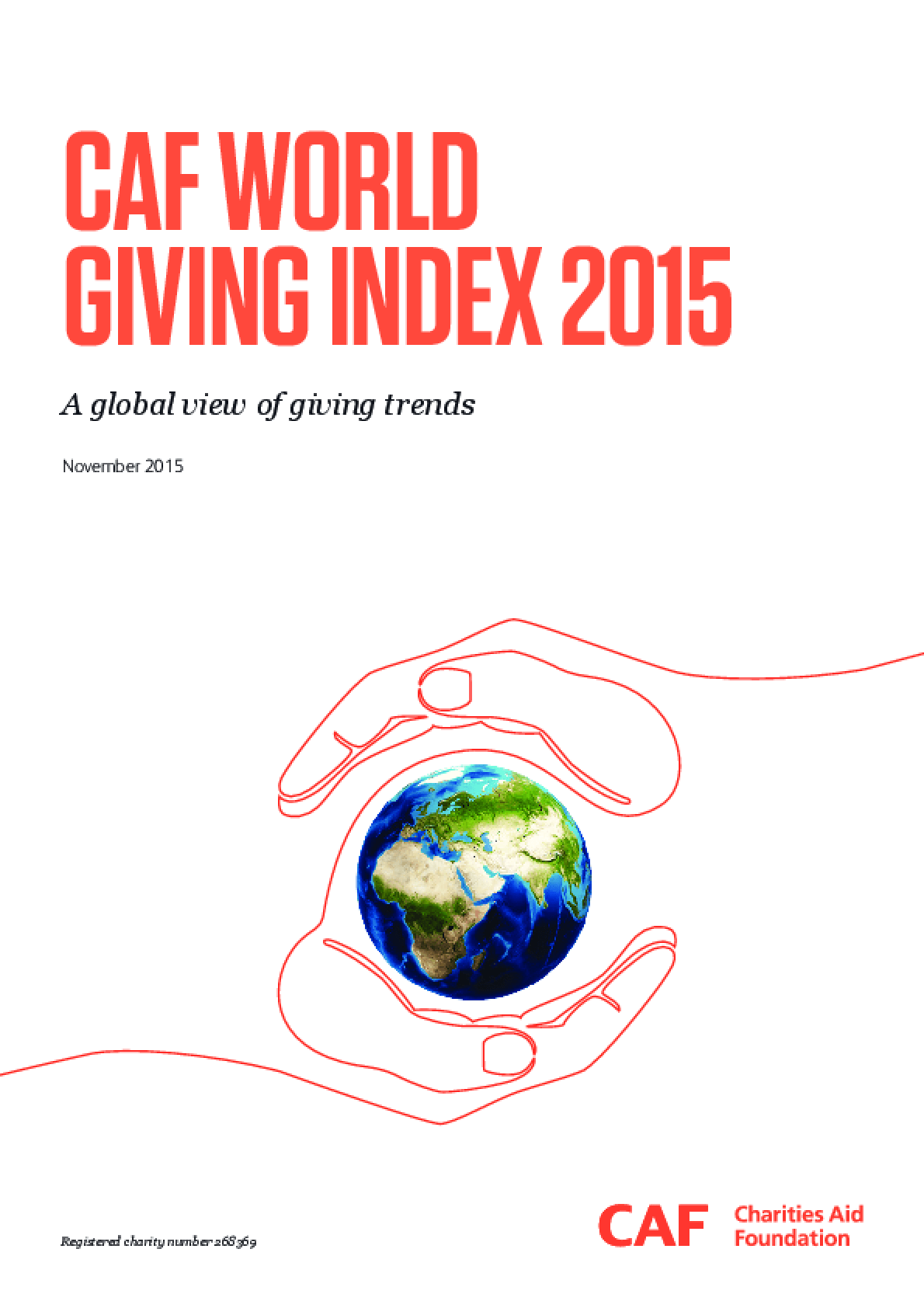