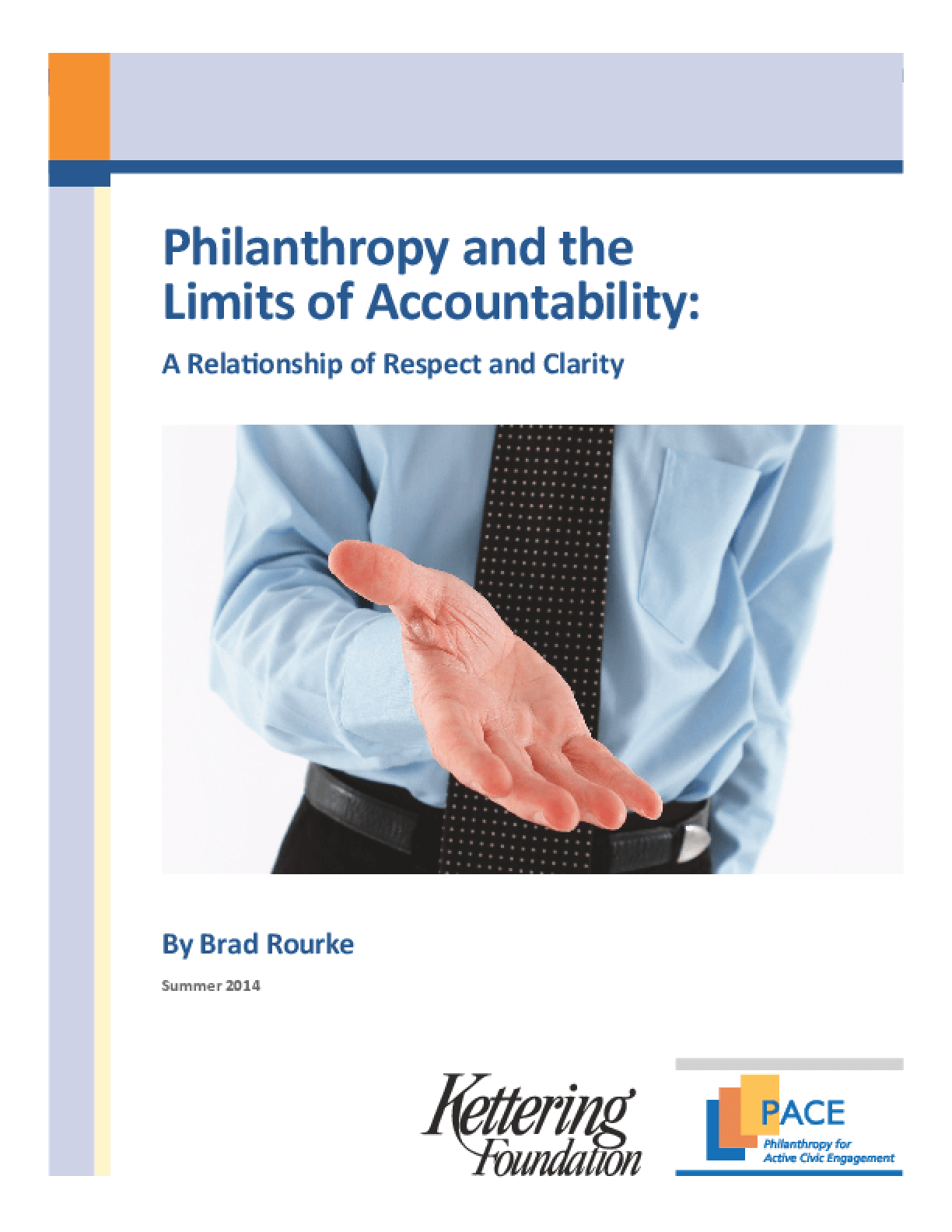 A growing emphasis on accountability and transparency has found its way into a broad range of institutions in the nation’s public and private life. From the Obama administration’s proclamation on “open government” on his first full day in office, to the emerging demands in multiple states for clear labeling of foods that contain genetically modified ingredients, to the persistence of high-stakes testing in public education as a means of “grading” schools, the evidence appears everywhere.

No sector — including philanthropy — has been immune to the increasing pressure for disclosure and reporting. Major national foundations and small community foundations have all been dealing with the demand to demonstrate impact, and many are recalibrating their giving portfolios in order to have a greater demonstrated effect. “Strategic philanthropy,” “impact investing,” and “collective impact” are all related strategies that reflect this imperative.

In response to this trend, the Kettering Foundation partnered with PACE to invite a distinguished group of foundation executives and thought leaders in the philanthropic and social sectors to a series of three roundtable discussions. Twenty-three participants took part in the conversations (two offered individual interviews instead), which took place in Dayton, Ohio, and Washington, DC, in 2012 and 2013. They explored in depth what “accountability” and “transparency” might mean for philanthropy — and how philanthropy might respond. This report features their insights and questions. 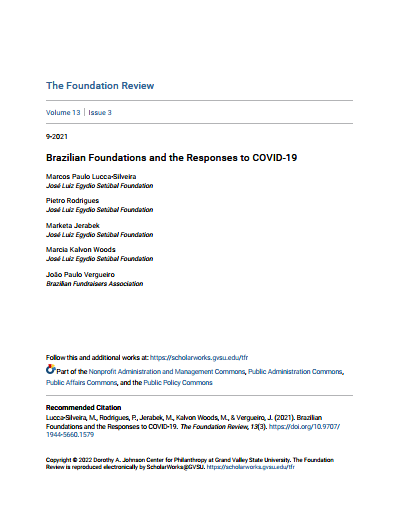 Brazilian Foundations and the Responses to COVID-19 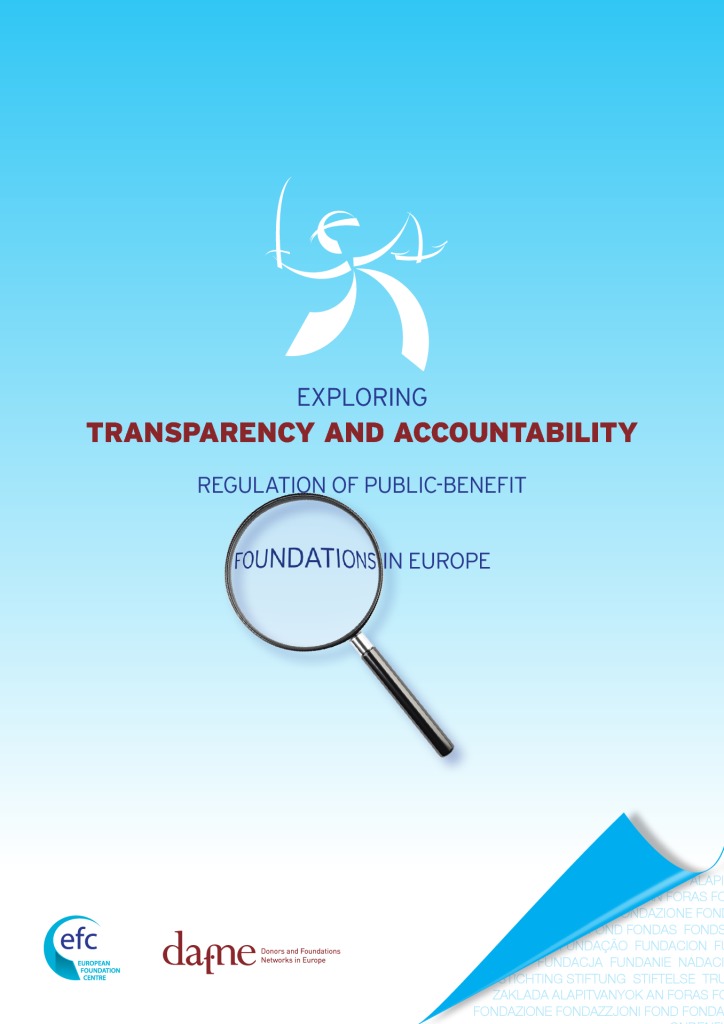 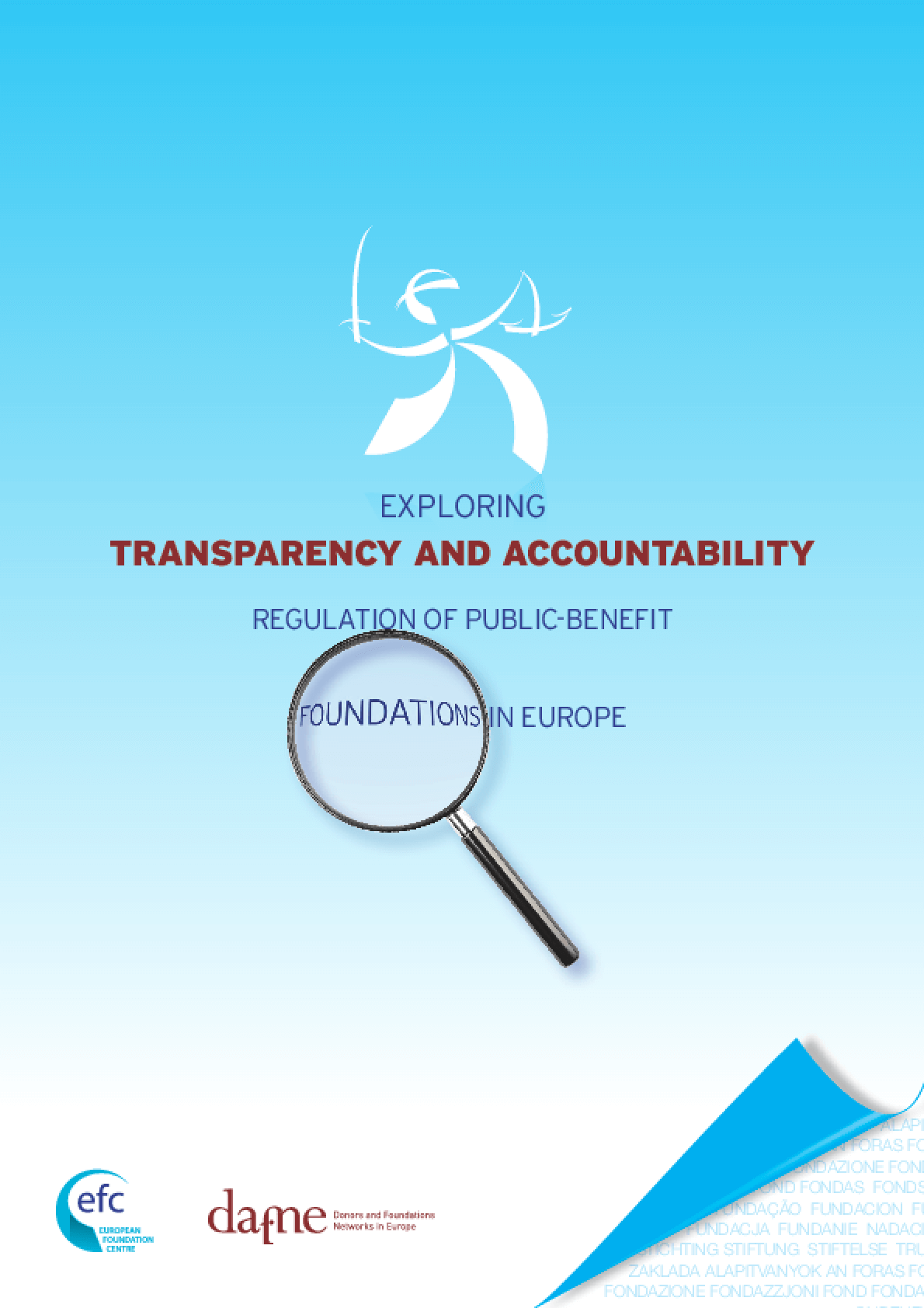 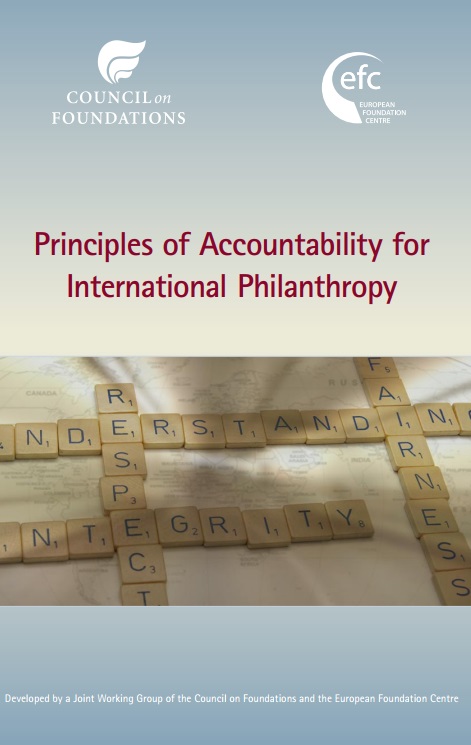 Principles of Accountability for International Philanthropy